If May had a theme, it was spinning! From tornadoes to news narratives. Our neck of the Pennsylvania woods had three once-rare tornado warnings in the past month. Our house lost a few roof shingles, but nothing compared to the damage in other parts of the country.

My experiments with art created inside tetrahedrons continued with a spinning look, with the addition of a procedural texture called “smear.” It creates the swirling shapes you see in the images below. I tried to create compositions that avoid the typical symmetrical mandala-look.

Remember “spin art” from a fair or carnival? They gave you a squirt bottle of paint that you aimed at a spinning piece of paper on a turntable. That’s what one of my friends said this image below reminded him of.

These next two pieces were made from the same render from my 3D program. The difference was in the post processing I did in Photoshop. If you compare them, you’ll see some similar shapes. I rarely do monochromatic pieces, but the black and white composition was so striking, I didn’t think it needed color. 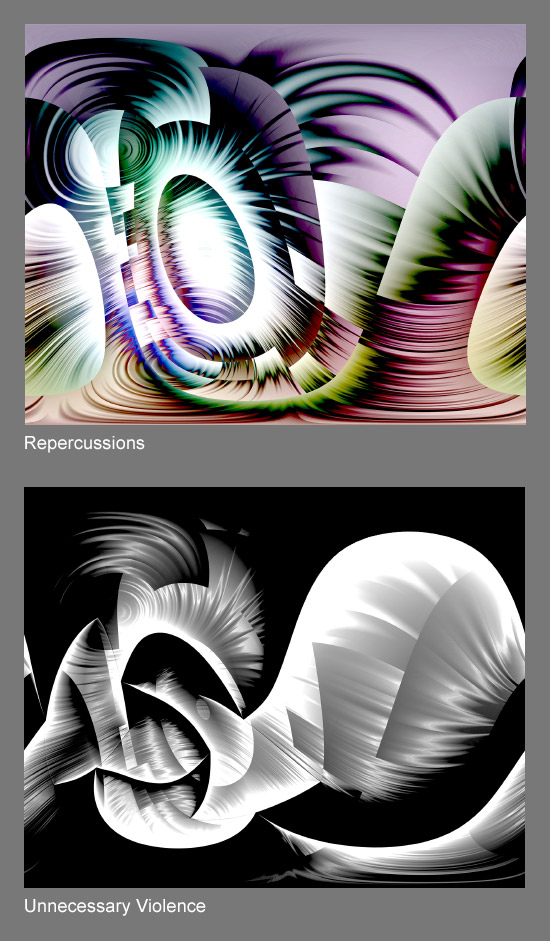 Sometimes my choice of compositions seem too boisterous to me, and I try to calm things down with a more soothing color scheme or pattern. “Jupiter’s Moon” and “Rainbow Drapes” are two such pieces with a more tranquil feel. 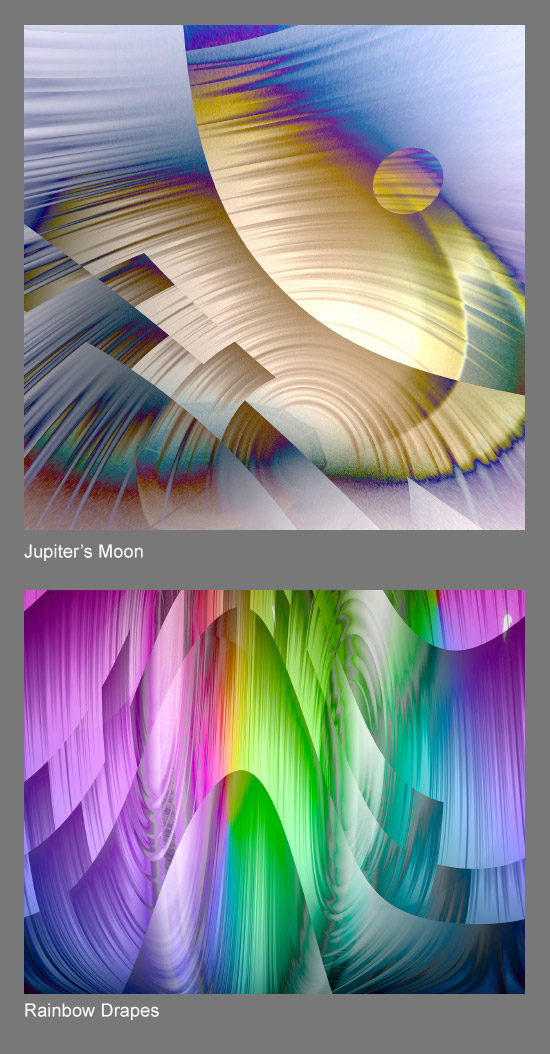 At the end of the month, I added a punch card pattern called “Windows” to my sphere. It creates that additional layer of meaning, that of a city or urban quality. I went for drama, and spin, in these two below.

I tried doing an “over my shoulder” video, so you could watch me do one of these from start to finish.
But I wasn’t happy with the result. I promise to get it done right for the June Newsletter. Thanks for reading this far and have a calm, spin-free June! – Paul

This site uses Akismet to reduce spam. Learn how your comment data is processed.